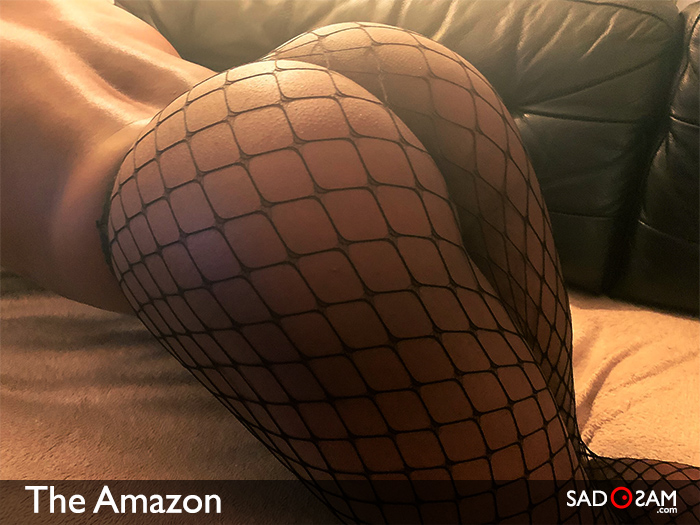 Dominance is the most important thing to me. Whoever I’m with has to be able to take control of me and my body 100% or the sex will never reach its fullest potential. I really get turned on when I’m on the losing side of a sexual power struggle. When I look at my top taking control and then getting lost in his pleasure because I’ve gave into him? The feeling is so indescribable. To sum it up, I’m a black gay Anastasia Steele and I love a Man like Christian Grey 😏

I have so many! If nothing about the zodiac signs are true, the one thing that would be is Scorpios are FREAKS! My newest friend fetish I’m enjoying discovering my limits In is bondage. Being tied, handcuff, and played with like a sex doll. I had a man who almost got tied me once and used his toys on me. The look in his eyes as he watch me react to everything he did to me had me busting nuts stu the thought for WEEKS! I absolutely love being oral as well. I have big soft lips and have no probably putting them wherever I’m told. Rough play has definitely always been my thing (slapping, choking, scratching, hair pulling, shit talking). My last one (that I’ll tell) is lingerie. Dressing up in panties, leather and lace, fishnets, and everything else for my daddy and having him rip me out of them.

Hehe a little a black Anastasia. 🙂 It seems that the fem side of you is also an important side of your kink identity. What is for you the attraction of your feminine side and of lingerie?

I think that just goes to me being androgynous. I love being a more masculine version of myself and turning on men, but I get more pleasure when i turn men on with my femininity. I love how it looks on my body. How it turns what may look to you as just a slim, skinny boy to something different.

Lingerie and female clothes points out parts of my body you probably wouldn’t have noticed in men’s clothes or underwear.

And yes it would be a pitty not to notice your body, boy. You’ve really a nice body and a great butt and boy pussy. 🙂 Would you call yourself a pussyboy who has been born to satisfy real men?

Yes I would. I get so much satisfaction now from pleasing my dominant top. There are times where I was to be forced to bust my nut because all I want to do is to be creamed over and over and until daddy is satisfied and drained. I hit me recently with a guy I link with regular that maybe I’m only meant to be a doll for my daddy’s to use because it feels so good! The thought that they only need my mouth or my hole to play with (HOWEVER they choose to play with either) makes me horny just talking about it lol

Hehe, that sounds like you’re a good pussyboy. 🙂 By surfing on your Twitter I’ve never seen your dick. You’re a tall black guy so I imagine that you have also a huge thing there. Am I right and what is for you the importance of your own dick?

It’s not the biggest. And in most sessions with daddies it’s not important. I do have sessions tho when tops feel it’s important and those freak moments usually be on a whole different level. And of course the rare times I find a bottom or T girl who actually seduces me to the point of wanting to use my dick, those are some wild sessions. Like I said, I have a tendency to turn into the type of men I love sexually.

Are you one of the pussyboys who gets his satisfaction by satisfying others?

What do you think about the idea that boys like you should live in chastity, so that they become even more eager to get his holes filled up with real dicks?

I’m open to the idea when presented by the right Mr. Grey 🙂

That with Mr. Right sounds really romantic now. But I think you are also a little bitch. Tell us a little about your bitchy sides, pussyboy!

I think that should be the ultimate goal with submissive like me. To find someone to a real daddy to serve however he needs. And daddy’s who aren’t afraid to discipline me too? That’s just a plus

Dominant ones as you can tell lol. Masculine dudes are a major turn on. I also have an attraction for pretty boys and Transwomen. I have my moments when I prefer to top and when I do I turn into the type of men I like. But masculine daddy type men are my weakness.

There was a man in Miami who absolutely dominated me. As soon as he picked me up in his car he shoved my head into his lap. When we got back to his place he used belts on me, slapped me silly, would punish me if I fought out the position, we even pissed on each other. Everything about it was wild.

The best was this twitter freak I linked with tho. He gave me the best birthday present ever this year. We fucked EVERYWHERE. He fucked me in his living room..then took me to the beach and fucked me to the sound of the ocean… then before we could head back to his place he fucked me in his car… he fucked me again at his place..then i woke up to him fucking me again. He made me bust so many nuts I swear I fell in love with him. My hole was absolutely sore but I couldn’t get enough of him. The way he controlled my body and turned all pain into pleasure? Phewh. The sex with him is always so good that we want to record but never can because it just turns intense QUICKLY.

Ok, I see you love to get your holes filled up but you’ve also told us before that you like dominant guys who don’t have the problem to dicipline you. Would you also be up for harder action and what kind of sm games are you interested in?

Well I’ve done some heavy belt play lol. Of course the physical slapping and choking. But I’ve never had someone who’s deeply into sm play hit me up. Maybe doing this interview I’ll find someone who does.

As an illustrator, you can draw even unrealistic kink phantasies

I’m proud of every session, like artists would be of their paintings and pictures.