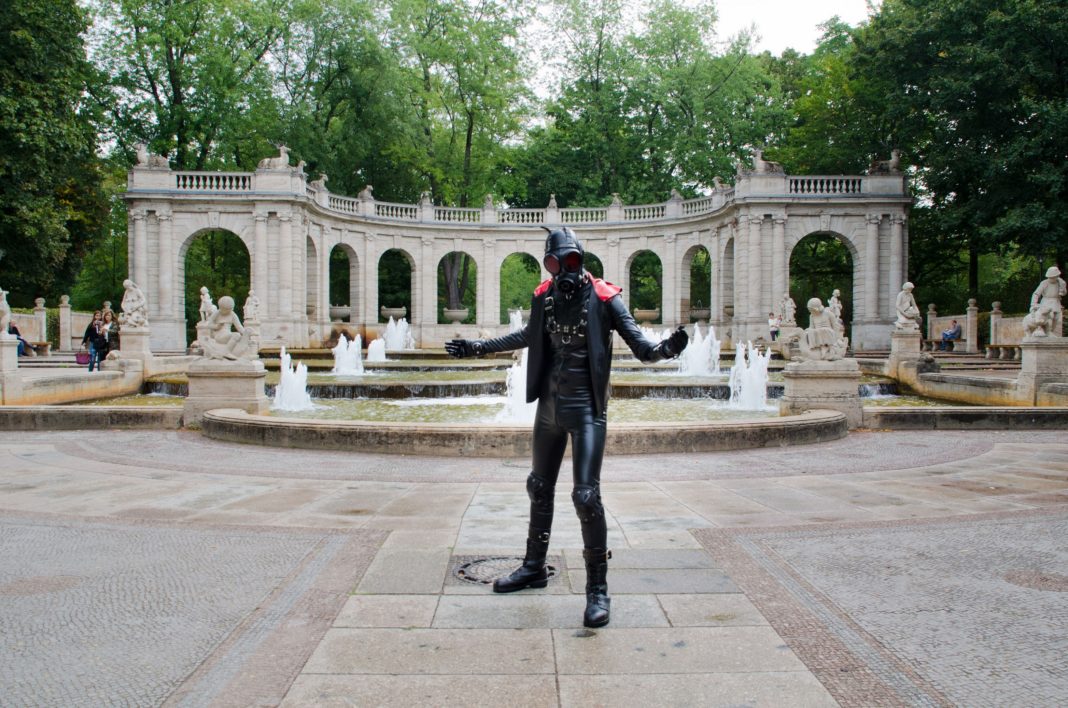 If someone takes the right effort to craft their appearance, then they almost automatically have my attention.

Gizmo: It has been about 6 years ago now that an online profile of a local master caught my eye. It was very tame in comparison to by at the time enough to get my interest. I’d always been a shy guy until then, so for me it was quite a big leap to A: meet up, B: with a guy, C: for master-slave play. The initial play was enough to make me want more. I had only played with him a couple of times.

In time, a second master got in contact with me. He got me in a variety of fetish gear (army, rubber, prisoner) during our play, getting hooked on the joy of fetish gear. Our contact together lasted for years.

In my mind there are 2 (maybe 3) most important elements in good kink/play. Safety is paramount, of course. Always check and be checked on. The second most important part for me is the mindset. Play and kink works best for me when the feeling of the scene is real. Someone who acts as a kind friend while he plays the dominant role, or while he keeps me in bondage, doesn’t work as well for me. The third is aesthetics. If part of the play or the outfit is to be shared or to be seen, the looks are what it’s all about. I take (or let others take) plenty of pictures, but the few I share are the ones that look exactly right. But you can’t get a good-looking picture when the subject matter isn’t set up with some attention to appearance. But if it looks good,and draws attention because of it, it’s great. In my pictures, it’s pride. In my appearance at events, it’s excitement.

Looks are important, for me. If someone takes the right effort to craft their appearance, then they almost automatically have my attention. And knowing that I try and do the same. My main fetish outfit is a rubber suit, set up to be fully covered and gasmasked, with restraints which don’t detract from the look but can be functional. I’m not concerned with it necessarily being 100% rubber. The restraints and boots and leather, because I find those comfortable. Alternatively, my go-to outfit (for the situations where ) is an army outfit. Mostly, the same design principles apply, though. Covering up as much human as possible, leaving just the outfit to speak for me.

I have seen kinksters wearing army, sportswear, or zodiacs, whom I certainly wouldn’t mind playing around with. I think the most important factor for me is an aspect of apparent sexuality. If someone wears something inherently implying they could play with reckless abandon, they have by attention. A dominant man in leather, for example, doesn’t work as well for me, as their looks (in my mind) don’t exhume the same wild play. More a sort of authoritarianism. If I have to choose: a fully covered, gasmasked rubber creature always wins with me. It’s one of the most effective outfits to transform someone from a human with standards and civilities into a blank, raw, sexual canvas.

Experiences vary so wildly that it’s very difficult to place them all in the same metric. I’ve hung upside-down in a bodybag, which was hot. I’ve walked fully gimped through a train-station and stood by the Fernsehturm for pictures, which was hot. I’ve seduced and bound and toyed with strangers in clubs on more than one occasion, pushing their own limits and having them smile afterwards. I couldn’t possibly pick a single thing.

Of all the fantasies that come back from time to time, two stand out. The first is long-term subservience. I’ve played for a few days at a time with a few people, but there have always been interruptions and pauzes in which I can rest, mentally speaking. To spend a longer period in a continuous submissive state is something still on my bucket list. The only other real fantasy that keeps coming back are the more intense forms of piss-play. I know the taste makes it near-impossible for me, but the idea of the “human urinal” (though in my case I prefer to drop the human term in my rubber play) keeps coming back to me. Perhaps in time I’ll be able to find the right setting and conditions for it…