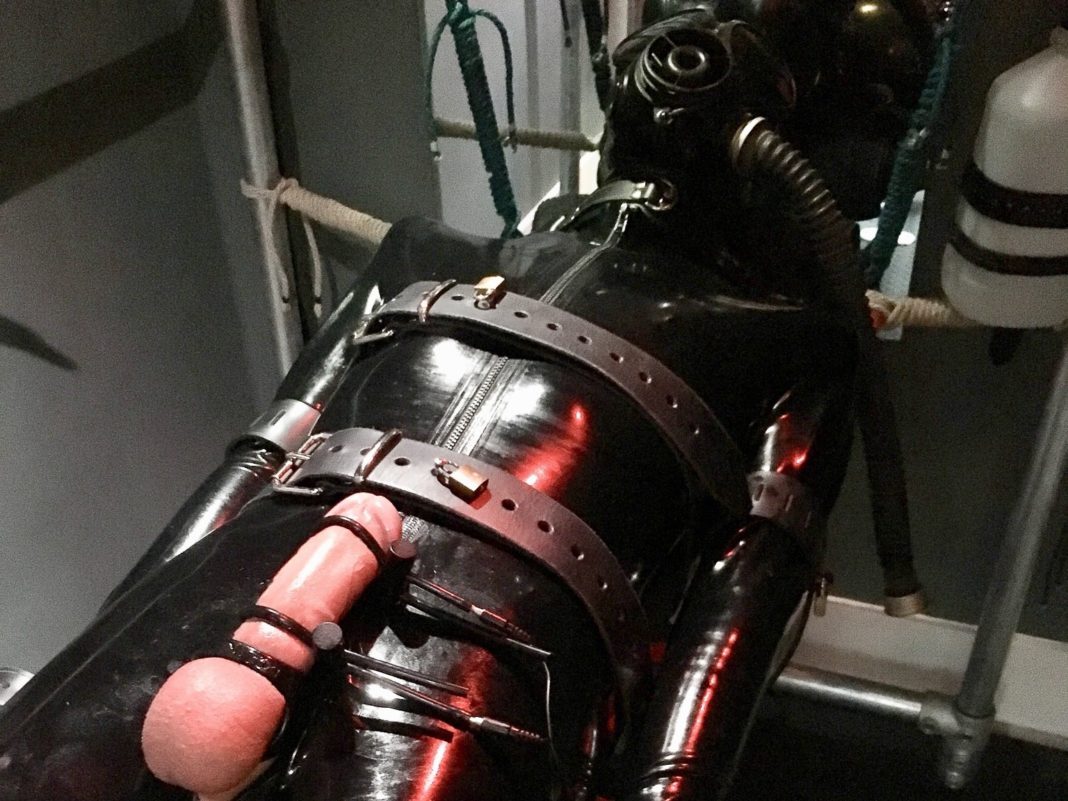 I love being able to take total control over a sub’s physicality – their bodily functions like orgasms and breathing – and then play with sensations.

sadOsam: Hello dear readers, we got a mischiefmaker here today. Loki has come down to earth to talk to us. Tell us, Loki, what are some of your favorite ways to play with us humans (or some cases, pets) ? 😉

Loki: Hello! Not sure I’m necessarily as full of mischief as I once was! The name was given to me a loooong time ago when I refused to be obedient, but I’ve long since grown out of my puppy days, although the branding has kinda stuck 🙂 These days I guess I’m more toppy, but still harbour a sub side.

I have an amazing partner/subsidiary and we tend to play together, mostly looking for other  like minded gear heads into rope and rubber. I very much enjoy the traditional Japanese-style shibari, but also the dehumanisation rubber drone aesthetic. I tend not to be too defined in my style of play, just as long as it’s tight and shiny 🙂

sadOsam: Rubber and Rope are always great, though sometimes I miss the nice detailed ropemarks when they press against your bare skin 🙂 Where do you see the attraction (or how do you feel) if you have a rubberdrone tied up helplessly at your feet? ;)? And what would you do with it?

Loki: Being a lazy top, it can be a bit easier to tie over rubber (although you have to be careful not to rip a sub’s expensive suit) but you can definitely still get some great memory-marks through it 🙂

I guess there’s a couple of attractions of a full rubber drone to me: first, I like the image of two (or more!) people in identical gear such that you can’t tell who is who, or where one guy starts and another ends. 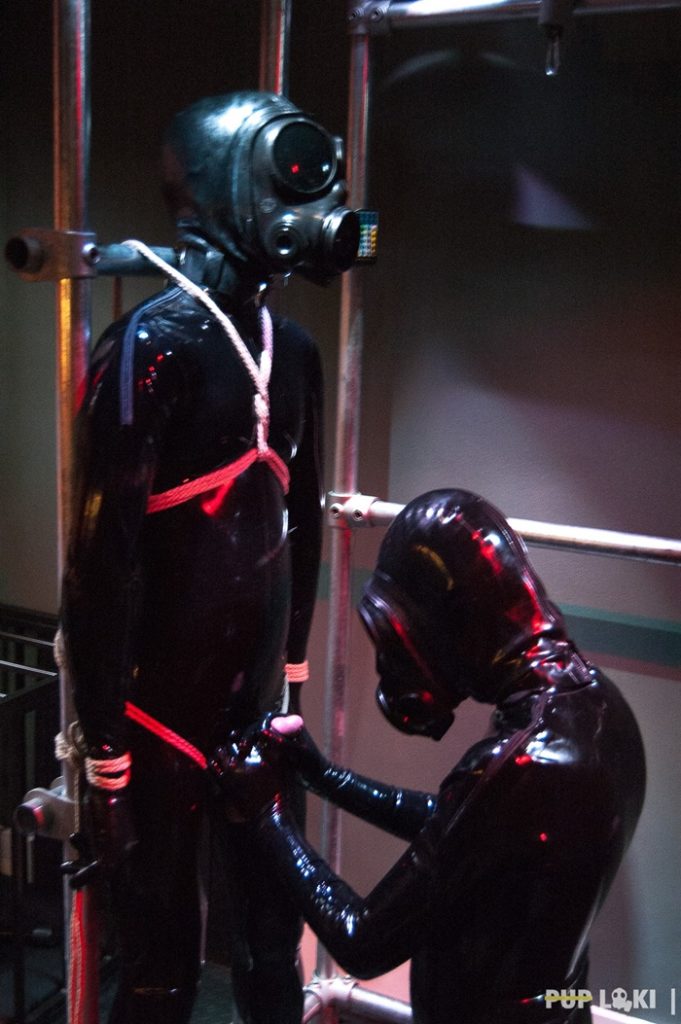 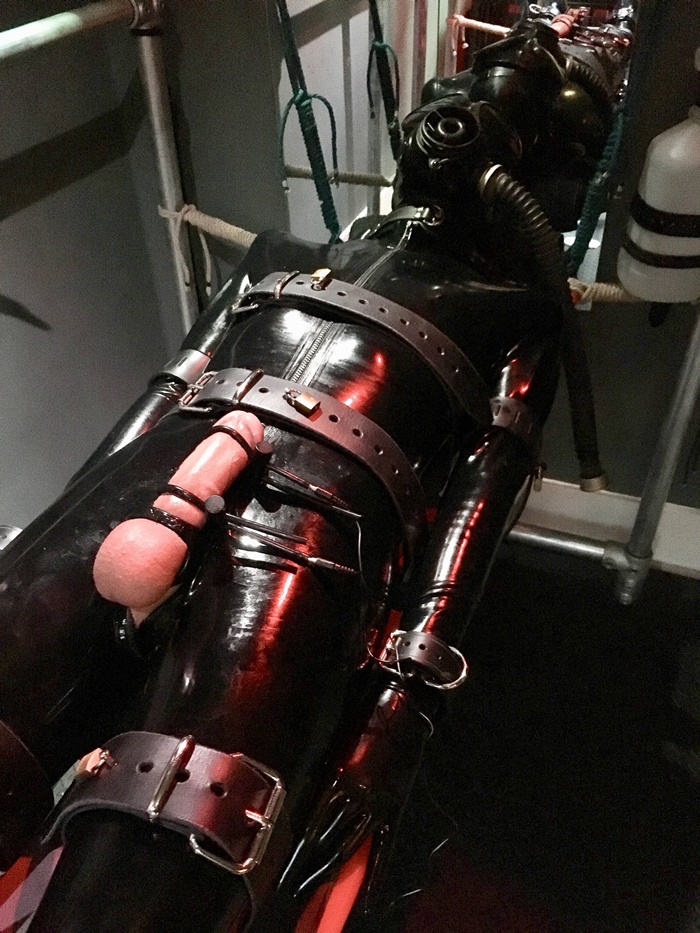 sadOsam: XD making such fantasies reality needs space. Luckily you got fungeon 😉 but it can’t have been easy to create. Can you tell us a bit about how you have built it up, and some of the pieces you’re proud of owning and like to use (and maybe a nice memory with a sub you used them on) ;)?

Loki: Indeed, we’re very lucky to have the space to play in. We’ve acquired lots of toys and gear over the years, but I dread to think of the cumulative cost!

The actual bondage frame is an idea shamelessly stolen from LondonRopeTop. It uses a system called KeeClamp with fittings to connect pipe together, a bit like scaffolding. I found a company that would cut the pipe to length, and it wasn’t too expensive, but did need a bit of planning to get the right sizes and connectors – a good excuse to use that lapsed engineering degree!
I think my favourite bits are actually some of the things we’ve made ourselves, like the bondage chair which my very talented subsidiary, emsedonyk, upholstered himself. I also made a rim seat for only £20, so things don’t have to be expensive.

We’ve lots of amazing memories, and are lucky to have met and played with lots of fantastic people over the years.

sadOsam: That sounds hot :)) And indeed you seem to quite like building and modifying your toys, which is awesome. Does it give an special feeling when you crafted gear yourself and see it used and liked?

Loki: I definitely like crafting and making, both to use things in ways for which they were never intended, but also to circumvent the kink tax a little – this is an expensive hobby 🙂 I tried making a go of a shibari rope business a few years back but couldn’t quite make it a full time thing.

I love giving people a bespoke experience, some piece of gear used in a new way perhaps, but it also really touches me to see things I’ve made used by others, even if they’re fairly insignificant, like pieces of rope. 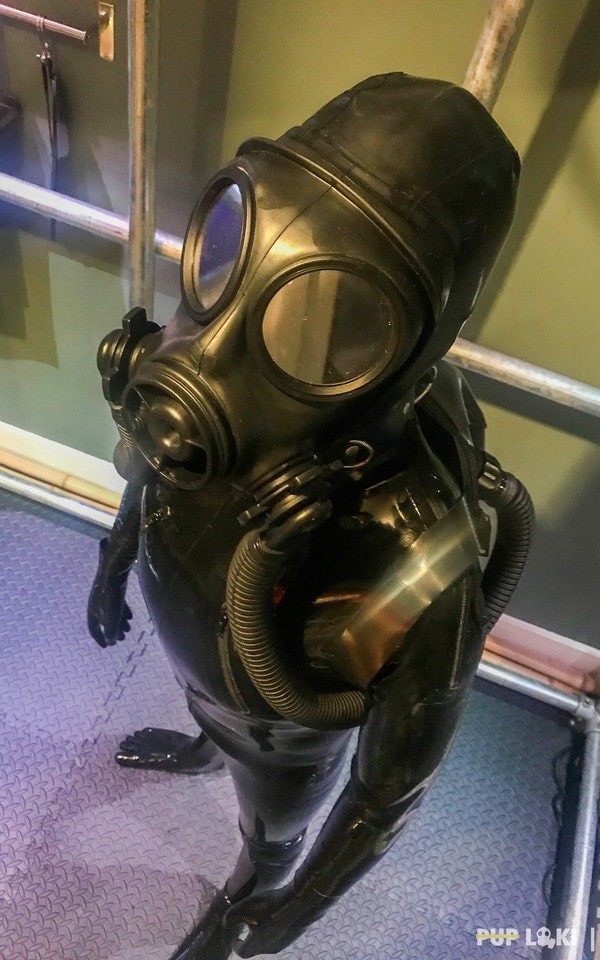 sadOsam: What would you recommend people who want to may want to try making a toy
or a piece of gear on their own?

Loki: A nice way to start out is definitely to season, soften, and optionally dye, your own rope. Raw jute and hemp are readily available and there are some instructions on my website – all you need is a big pot and time!

My recent “FuckFace” (a Fleshlight embedded in an S10 gas mask) is also fairly straightforward if you’re a little bit crafty, and is one of those things you can’t just go and buy.
If you’re a bit more adventurous, and find assembling Ikea furniture all too easy, then a bondage frame will be within your reach, just take care to work out the stresses and loads so it doesn’t fail – over-engineer your design if anything!

sadOsam: Great thanks for your time, Loki, it was a pleasure talking to you and I wish you all the best enlargening your collection and fun memories 😉