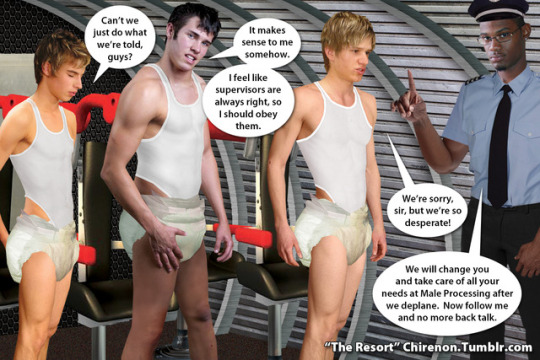 Click here to see all published chaptiers of “The Resort”.

Note: I’m reviving, remastering, and re-posting my longest and most ambitious photocaption story.  Although the scenario is Mfm, the focus will be on the journey of the submissive males. Fetishes explored will include: male chastity, CMNM, humiliation, fashion, diapers, mind control, white slavery, black supremacy, medical fetish, cuckolding, and more.

Click here to see all published chaptiers of “The Resort”.