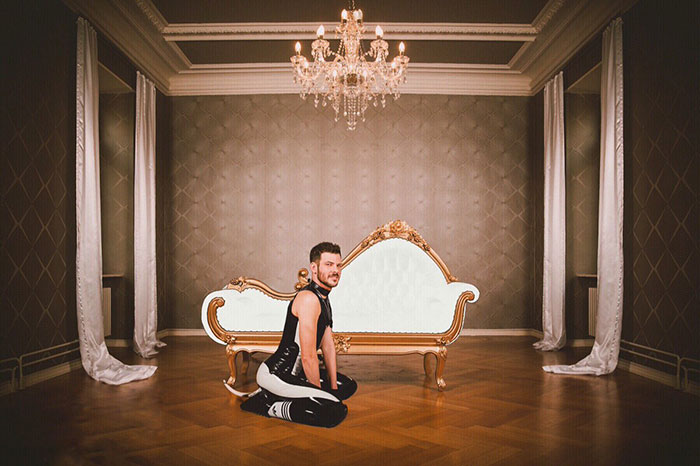 WRUFF! My name is Hero and i am a puppy. A water Dog! Besides having a thing for liquids i am that old.

I keep a little of Michael Jackson’s spirit up! „DON‘T STOP TILL YOU GET ENOUGH“ it’s 2018, the year of the dog in Chinese astrology. In Chinese element theory, each zodiac sign is associated with one of the five elements. So this year, Earth Dog‘s will be born. As Michael Jackson was himself.

Dogs are loyal and honest, amiable and kind, cautious and prudent. Due to having a strong sense of loyalty and sincerity, Dogs will do everything for the person who they think is most important. Doesn’t sound „BAD“, does it?

That’s why pupplay don’t need to be kept „IN THE CLOSET“. Neither it’s sexual and kinky possibility of expression. Pupplay is such a treasure to me, not because of the freedom I achieve whilst playing, it’s because of the freedom to do so. That Freedom is called acceptance. Starting by accepting myself and ending of it by society.

Acceptance is a process, so it requires time and steps in between. For every person and party involved. It’s „HUMAN NATURE“ to dislike things, which they don’t understand at first. And that’s okay! „REMEMBER THE TIME“ it’s a most important factor. It’s start‘s by awareness, evolving to tolerance, evolving to acceptance. That’s what sadOsam is doing, Fetishtitleholders are doing and many fetishmen/pups are doing. Giving it visibility, be contact person and showing a community of interest Is behind of it. Because…

„YOU ARE NOT ALONE“.

When I looked into the mirror, oh boy I almost cried of joy.

Kink is such a wonderful world of self discovery, and I’m only scratching the surface.