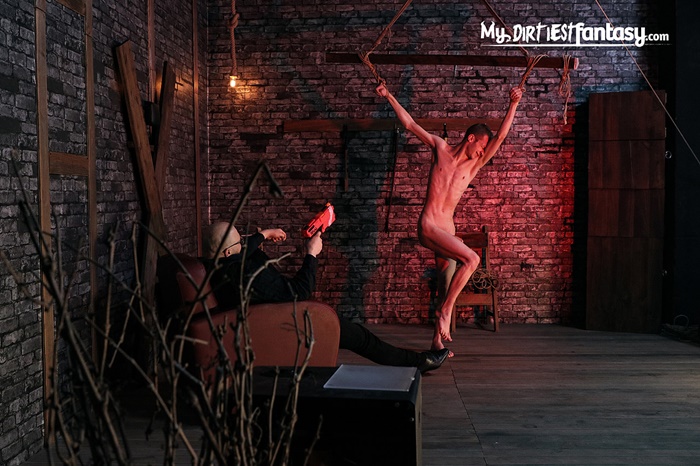 Davey is already at his masters feet, who’s using him as a foot rest, but little does he know how south things are going to go! The Puppeteer knows exactly what he wants from the boy, and he for sure gets what he wants, as soon Davey is sucking on his already hard dick, The Puppeteer, with only a few words has Davey doing just what he wants. Soon the control is going to be higher, as Davey is tied with both his arms up in the air, leaving his naked torso on display for the Masters pleasure. This for sure won’t go unmissed, as The Puppeteer whips the boy and even uses a nerf gun to shoot the boy! Just as the boy thinks that The Puppeteer has finished with him, he’s tied back up, suspended, and leaving his ass on display for his master to use!