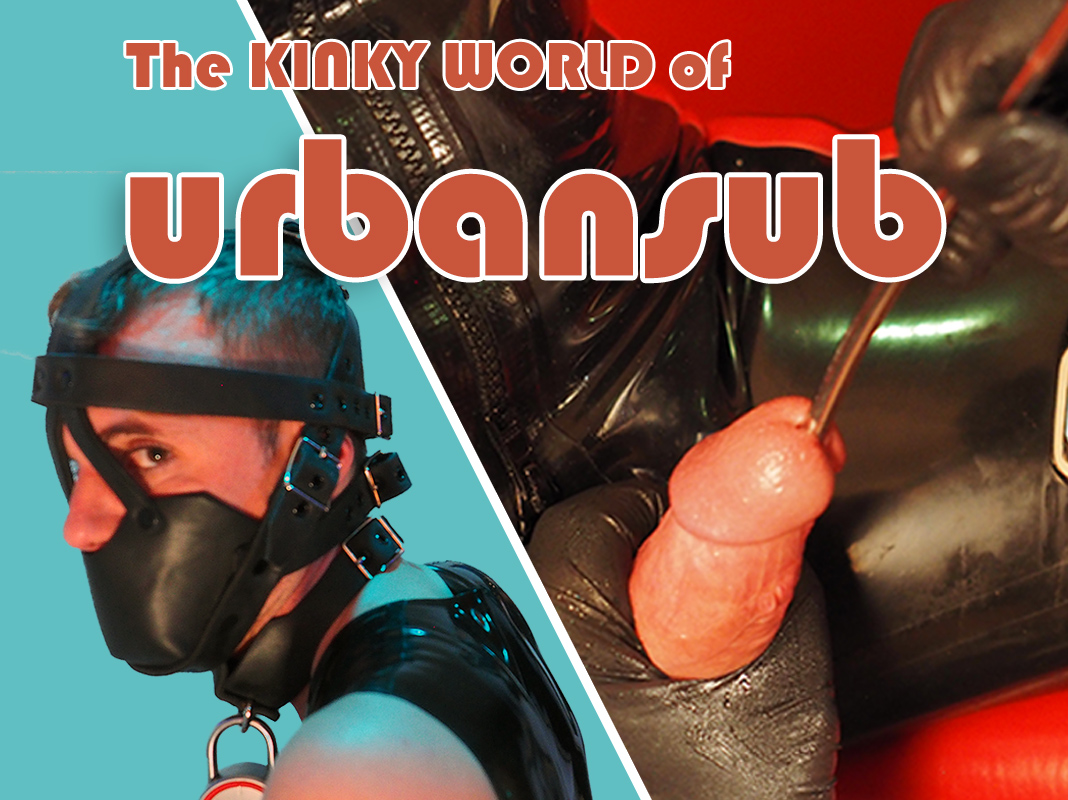 Growing up as a gay boy in the countryside before the internet was not the most exciting thing. All I had to play with was my own body powered by my dirty mind.

But it wasn’t until my early twenties that I first fantasize about sticking something down my urethrae. I don’t know if at that time I had ever heard about sounding, probably not. But that did not keep me from adding some lube to a wooden chopstick and gently inserting it into the opening of my penis. That turned out to be a dumb idea, my cock bled and was burning for the following three days.

A few years later I was at a hospital for heel surgery – totally unrelated to the few times I did drag, I might add. They worked on both heels in one go, using local anaesthesia. When I was out of the surgery, they told me that due to inserting some drugs into my spinal column I might have trouble peeing for a few hours.

And I did. I could not walk the first two days, so getting out of my hospital bed into the wheelchair, over to the bathroom was quite an effort. I then sat on the toilet, but nothing happened. This didn’t change for the next few hours, it got dark and they left me with one of those urinals people use if they cannot get out of bed. Meanwhile the liquid from my infusion gradually ran into my veins.

I tried to pee into the bottle putting my body into several positions, some looking a bit like yoga. Don’t know if it was the awkwardness of that undertaking or the pressure, I had put on myself, but there was no way I could fill my urinal.

It was way into the night and the old guy I was sharing my room with cursed me for not putting my light out. How could I? My bladder felt like the Hindenburg before exploding and falling asleep was totally out of the question.

It must have been past midnight when I hit the button and the night nurse arrived. She was a middle-aged Thai lady, not terribly excited she had to get up from watching TV. But after I had briefly explained the situation to her, she agreed something had to be done. And that was inserting a catheter.

She started by disinfecting my glans and both the rubbing sensation as well as the huge pressure my close to bursting bladder put on my prostate made me get hard in an instant. So, there she was, Thai nurse with her plastic tube and accessories looking at my throbbing dick. For a second I thought I had been beamed into a Bangkok massage parlour.

I quickly decided the best was to pretend getting hard was the only natural thing when someone was about to insert a catheter into you. If I only as much as smiled apologetically I would look like an absolute idiot. So, I stayed as calm and as professional as I possibly could.

She was not amused, however. I guess partly because sticking that tube into a rock-hard boner would evidently mean more work.

But she did well. After putting on some lube she inserted the end of the tube and began pushing it down. I felt like I had crossed the gates of heaven. I wanted to cry out of pleasure and happiness. The brilliant sensation of some object moving down my whole urethrae was only topped by what followed: My piss finally found a way out of its misery. I watched the plastic bag rapidly fill up – the nurse soon had to exchange it for another one.

First the unintended sounding, then the relief. I will never forget how amazing those three minutes of my life felt.

That day I knew a new era in my sexual life had begun. Urethral Sounding just had to become one of my kinks.

I must say that the feeling of something entering that tiny whole at the end of my dick and moving down through it still excites me like almost nothing else does.

However, I found out that like so many other things doing it myself does not have the same effect on me than having it done to me. Every now and then there are days I wish I could simply push a button and a night nurse would arrive.