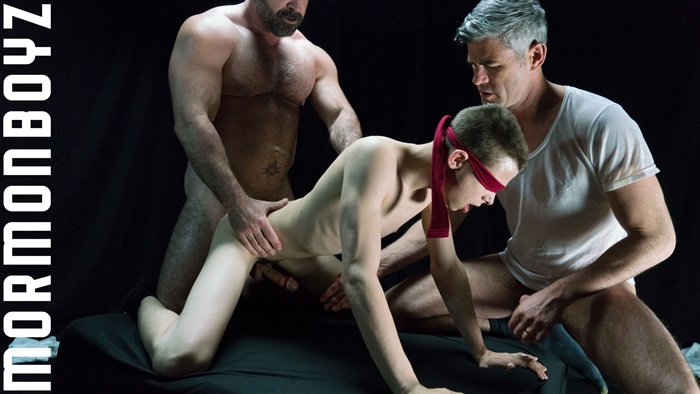 Elder Xanders was still catching his breath after he got back to his apartment. With each breath as he lay in bed , he continued to relive his meeting with President Nelson.

It was all so sudden and strange; he wasn’t sure how to wrap his head around what had happened.

After getting him naked and touching his body all over, President Nelson proceeded to play with Xanders’ cock and watch as the young boy masturbated on his desk. Xanders felt violated and humiliated, but also wildly turned on.

After the young missionary ejaculated, President Nelson gave the boy further details about the Order and how Xanders had been selected. Truthfully, the only thing the boy could think about was his exciting violation.

Back home in their missionary apartment, Elder Sorenson pressed him for details on what happened. Elder Xanders was told explicitly to not speak about the Order or what happened between him and President Nelson.

Nevertheless, thought boy thought he could trust Elder Sorenson with secrets about the brethren and told him everything.

Elder Sorenson listened closely, lingering on every word Xanders said. The boy’s story aroused Sorenson. The thought of the boy being spanked for violating his covenants aroused him more. Even if it didn’t turn him on, he was duty bound to tell the Brethren immediately.

It was only a matter of days before Elder Xanders was called back to the temple. He knew he would be meeting with President Oaks, but didn’t know why. Did President Oaks know about his tryst with Sorenson? Or even Nelson himself?

Temple patrons guided him into the basement where he was brought to a dark room. With the exception of a few lights, he could hardly make out how wide or long it was. It was total darkness. The only figures that broke up the endless black were President Oaks and Bishop Angus.