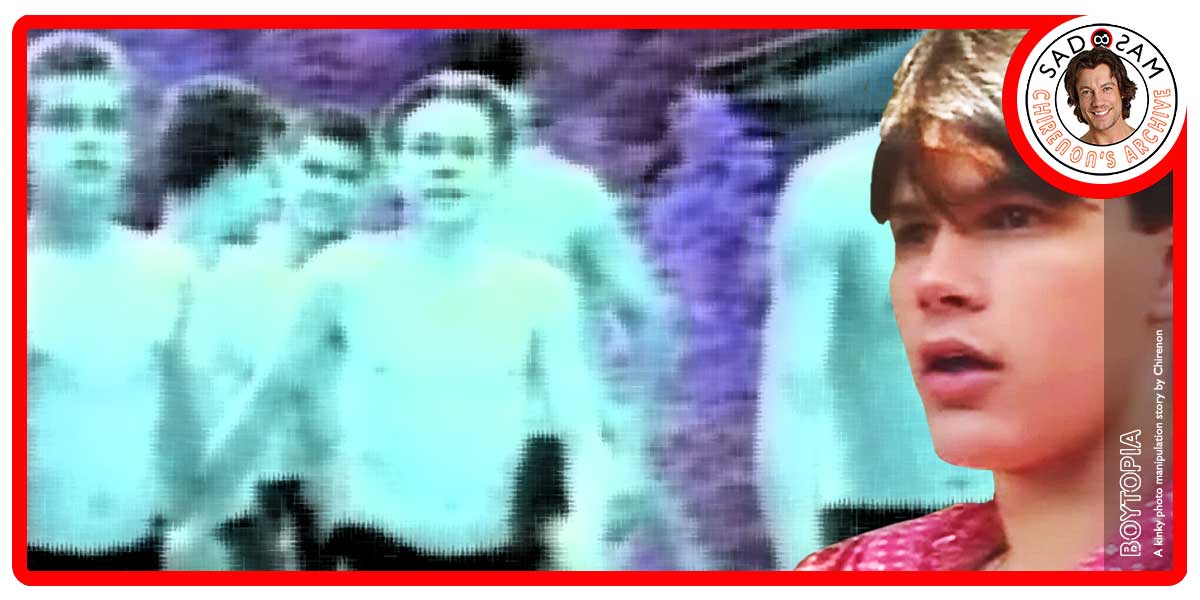 Click here for part 2 of this kinky photo manipulation story.

Although everyone has always assumed that “Boytopia” — the legendary lost realm of eternal boyhood — is nothing more than a myth. But after long study, Jack becomes convinced that Boytopia may actually be real. Following clues derived from his research, he drives to a secluded forest and is amazed to discover an actual Boytopian! But instead of welcoming Jack to Boytopia, the boy warns him away. Heedless of the advice, Jack enters Boytopia, hoping to discover its secrets.

Stayed tuned for the second installment, as Jack begins to realize the cost of remaining in Boytopia…