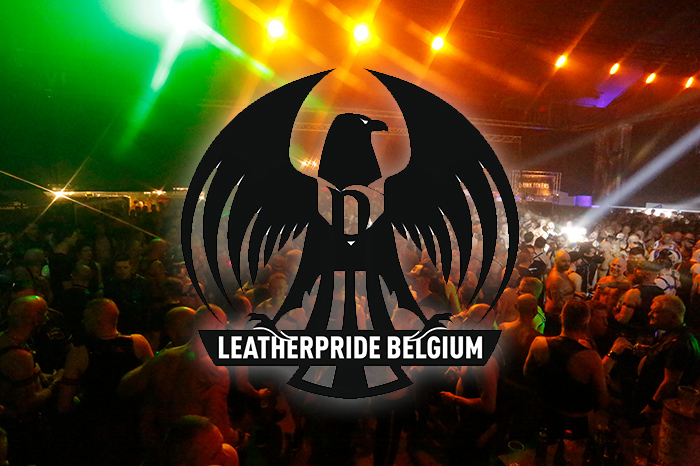 MasterMarc: The year is ending and it is time to look forward to see what the next year will bring. One of the major fetish events in the first months of the year is the Leatherpride Belgium which is becomming more an more popular. It is a get together of the fetish community which is offering a lot of different events and activities. It’s great to talk today to Jeroen, the responsible organizer of the event. Hi Jeroen, it has to be a busy time for you. How are things going?

Jeroen: Everything is going very smoothly so far. We’re lucky that our team has grown a lot over the past years which enables us to spread the effort among a lot of people. That said, we’re also doing a lot more than before so I can’t really say that the workload has dropped. But one needs a challenge in life, otherwise it gets boring. But it looks like we’ll be able to present a spectacular event, one the world has never seen before. The event expanded with almost 2500 square meters, the double of the past two years.

MasterMarc: That sounds amazing. I know it is one of your goals to present how various the gay fetish world can be. What kind of experiences and events are you offering to people who will visit Antwerp from february 15 to 20?

Jeroen: It’s true that we like to be as inclusive as we can be in terms of masculine fetish. Two years ago we brought the pups in the spotlight, and last year we did the same with superhero fetish.

By next edition, Camp K9 (the puppy play camp at Darklands) will have grown to very big proportions. The guys behind superhero fetish have been working on an extensive program including the very first Mr Superhero fetish election to be held at Darklands. For the upcoming event, two known subcultures will share that spotlight, the Skins &  Punks and the sportswear guys. Each of them hosting a social or drink at Darklands, do a special dress code dinner and various other activities for their community.

MasterMarc: You’re talking about “Darklands” …. you should probably tell our readers who haven’t been at Leatherpride Belgium, what Darklands is.

Jeroen: When we started with Leatherpride 7 years ago, we only did night time parties the first three years. But I wanted to do something new, something original that wasn’t done before. And there was also another logical reason. Antwerp is a small city and Leatherpride takes place during Winter. Two reasons why you can’t go on sightseeing endlessly. In other words, we needed something to entertain people during day time. And Darklands was the solution to our quest.

The first year it was just a small happening with few vendors and more dj’s playing music than live shows. But you have to start small in order to keep it all under control and affordable. So we did, and grew step by step over the years into the huge event it has become now. This year the market is home to 40 international fetish brands which several presenting brand new collections never showed to the public before. If you wanna know what’s new, Darklands is the place to discover that. Over two stages there will be various shows and election continuously from opening till closing time.

Visitors can participate in workshops or watch fetish movies/documentaries at no extra cost. There’s also a more extensive art and culture program this year including the ‘Lars Deike’ exhibition and the ‘More Pixx?’ contest for fetish photographers.

In the center of the market is the Camp K9, a puppy play area with a ball pool, the new game cube and padded play area. We’ve done this before but this year will be of the hook. Larger than before, and a new, darker setting.

And you’re sure to get hungry in between als these activities so we’ve arranged a full service restaurant, a take out menu and several dress code dinners.

MasterMarc: How many visitors are you expecting and can you tell us also a little about the parties and other highlights?

Jeroen: We’ll be able to have a good estimate in January when the second rush on tickets usually takes place. But for now pre sale has doubled compared to last year so we’re expecting about 7500 visitors over the weekend at least. That would imply that some events will get sold out this year in advance. I’m specifically talking about main party Rage and Darklands on Saturday. If you wanna be there, make sure to buy tickets in advance because we’ll close off once we’ve reached our maximum capacity.

On Friday night we’re doing something special. We’ve joined forces with 4 leading gay fetish concepts, each catering a specific kind of audience. Each of them will take the main stage for two hours to bring the their party atmosphere to Leatherpride. These concepts are Revelation (Brussels – clubbing crowd), Twisted (UK – clubbing fetish crowd), DADDi (Ireland – bears) and Xtreme (Cologne – fetish guys). They will bring their top dj’s, acts, visuals, and take use of all our special effects to make the crowd go wild.

Saturday is our already famous Rage party. For the first time we’ll have two stages and a total of 7 dj’s playing the decks all night. Off course this will all happen in a great sleazy setting.

And if you’re hungry during the night, you can visit the Reload lounge for a quick snack or to have a chat with friends.

MasterMarc: Sounds like a great week and a must for fetish guys. Last but not least do you have any advices for people who are visiting Leatherpride Belgium for the first time. What should they bring with, what kind of cloths are ok for the parties etc.?

Jeroen: We request visitors to dress up in a masculine way, preferably in fetish gear. If you’re new and don’t own any fetish gear you’re good with a plain jeans and T-shirt. But no Gucci please, that’s for another party. As long as you respect the audience and the reasons why this event was organized, you’re very welcome. It’s our goal to support men in their discovery, exploration or nourishment of their sexual fantasies. Good sex makes happy, and happiness is the key to a good life.

MasterMarc: Thank you Jeroen, it was great to talk to you. Now we can just say to our readers that they should book their trip to Antwerp as soon as possible so that they can enjoy a good start into a kinky 2017.