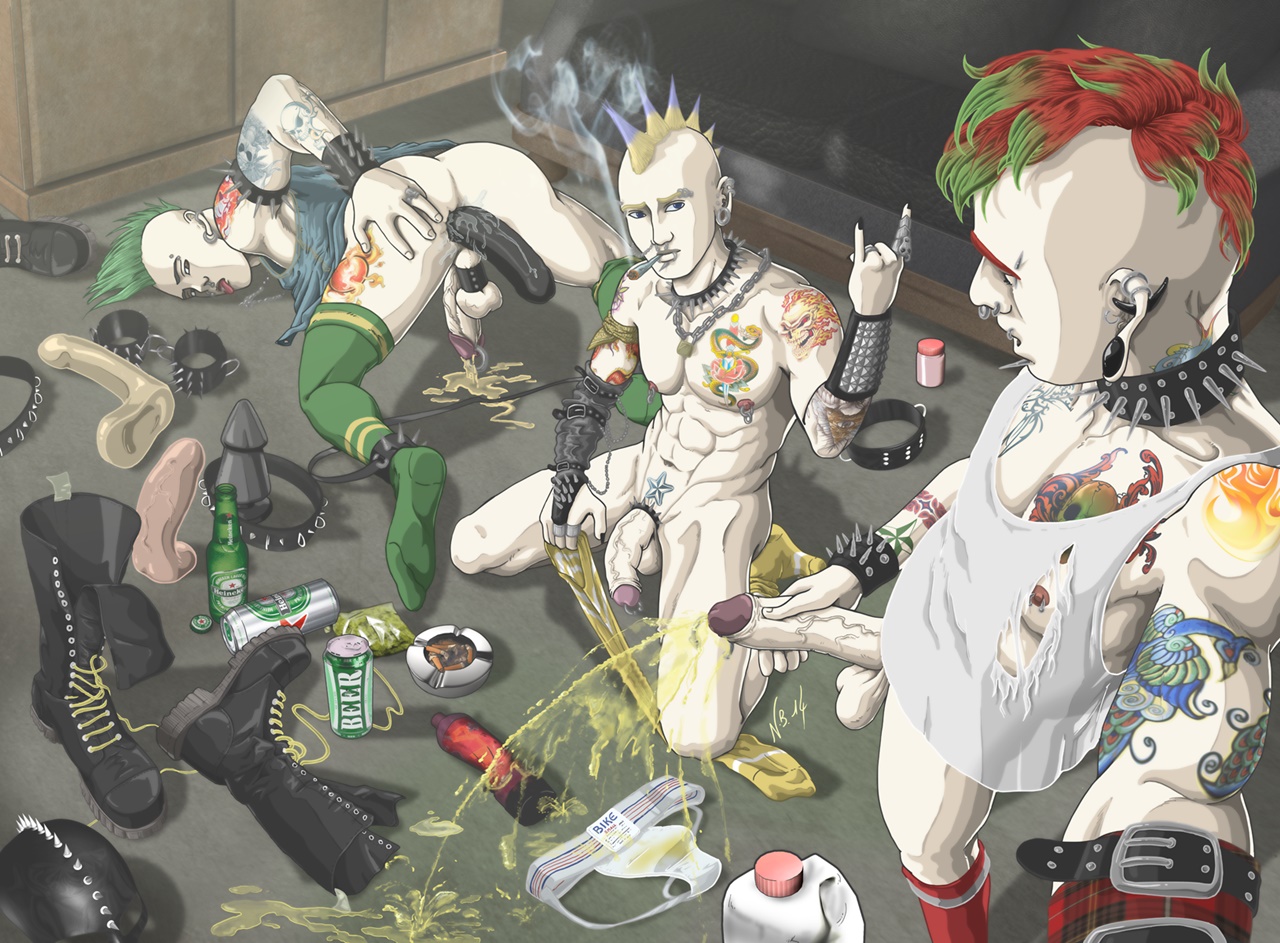 We already presented Nicolas Brunet and his art several months ago here on sadOsam, and his contributions to our new design here are visible on almost every page on our web magazine (We really love his kinky illustrations, they just have a certain hotness to them 🙂 ). It is a pleasure to work with Nicolas, he is an amazing artist and we are really proud and happy that his art has become a part of our new look. In this two-episoded series we will get some insight into his work. He tells us about the background stories of some of his drawings, his thoughts about them and how they came together.

This one is one of my favorite. I like when the sexual part is not obvious at first sight. Most of the time I see lots things I don’t like in my drawings. But this one looks like what I had in mind when I started it. It’s the third of an elves trypic I’ve started after seeing “The Hobbit”. I wanted to draw a dark elfe. As you know I’m a big fan of the anime Saint Seiya, as child I used to draw many guys in armor. I think I missed that. I knew I could have lots of opprtunity to play with the textures, eve nthe skin color is not the one I used to use. As many drawer of my genertion, I love the Art Nouveau style, and I think it could fit the elf theme. It took me a long time to color all the jewelry details and the scarf. But it’s fun to play with this kind of thing, that’s why I like to draw: You can do whatever you want, even if it’s not realistic!

This one is first real proper fist fucking illustration I’ve ever made. I’m not really into fist fucking, but I know many kind people who are into it, so I wanna give them a good one. I didn’t mean to put so many details (tattoos, piercings, leather, beard) but adding them one by one finally brings me to this one. I think what I like most in this one is the fact the characters are well connected, By it’s compostion, the look is going from the face of one to the ass of the other. I also remember spending much time on the atmosphere (the background is CG), but trying to find a kind of red pattern and sunset light is fine. Maybe I’m wrong, but hard leather fist fucking action is in a good opposition af the peacefulness of a sunset.